A fact about me: I very seldom put away my shoes. Call it my fatal flaw. (Fatal as in, if you trip over the mess on my floor, you run the risk of breaking something.) As such, I generally have just about every boot, sneaker, and flip-flop I wear on a semi-regular basis scattered across my side of the dorm, abandoned wherever I last removed them and half-heartedly kicked into differently shaped piles as I move them out of my way. (My running shoes, however, sacred objects that they are, receive a place of honor neatly lined up on the shelf beneath my bed in their order of rotation—green, pink, blue.)

A few nights ago, a friend was over, standing carefully among my footwear graveyard. Just as he was about to leave, his eye caught on something resting in an old, beaten pair of Chuck Taylors: a penny, rubbed shiny by the frequent polishings of a sock-clad foot.

“Did you know you have a coin in your shoe?” he asked, and I could see him just about to bend for it, to grab it and save me from what I imagine he’d probably think of as the annoyance of having a tiny pebble trapped underfoot.

I put it there, the penny. Well, sort of. Once, a long time ago, I read something that said having a penny in your shoe was good luck. (Googling it now, it turns out that it’s most likely an old wives tale involving pennies in brides’ shoes on their wedding days.) Then several months back, I dropped some change and a wayward penny found its way into my right Converse—coincidentally, the pair I wear to the gym (because, remember, the running shoes are sacred and never touch the outside world for fear of messing up the tread or, you know, getting them dirty).

So I left it there as a good omen of sorts, a little bit of copper positivity underfoot.  And then I adopted a funny little habit: when I go to put my right foot in that shoe, to do the last task before heading out the door to the gym, I give the shoe a little shake, the penny falls down into the heel, and the way it lands predicts the quality of my run.

Heads is, as with most penny lore, a good sign—Good luck! You run is going to be good!—while tails, naturally, is the opposite. Sorry, girl, you’re going to have to work a little harder today. Nose to the grindstone.

And I’m sure it’s totally psychosomatic, but I started noticing that heads-up days were better than tails-up days, even is by just a little. The power of suggestion, right? Well what good is the power of suggestion if you can’t actively use it on yourself, I thought. So when it is tails, as I explained to my friend, I always make sure to flip it around before putting on the shoe. He raised an eyebrow, and I shrugged.

“Because I’m a firm believer that you can always change your fate.”

A little deep for a penny in a shoe? Maybe. A little silly ritual for a runner? Definitely. Going to stop anytime soon? Not a chance.

Do any other runners out there have strange pre-run rituals or superstitions around their runs? Feel free to share! 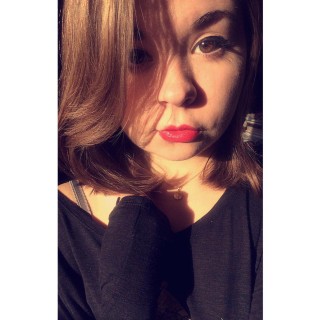 Hollee is a freshman journalism student. She's passionate about vegetarianism, running, and putting peanut butter on everything.